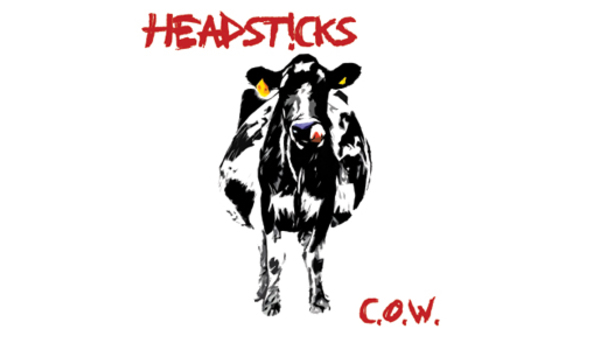 Studio Video You're Killing Me America 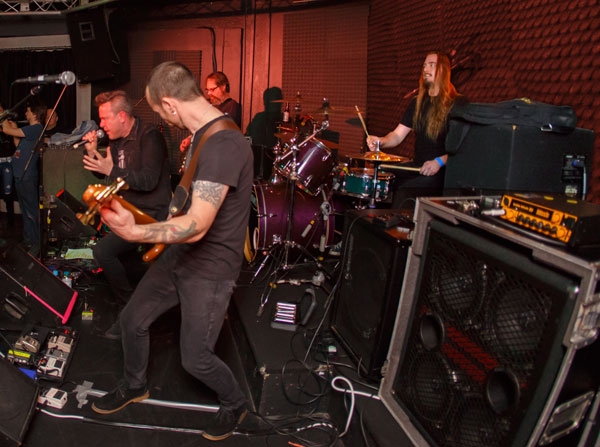 With stunning receptions at this year's two Beautiful Days festival shows which epitomised the energy, spirit, and raw passion of Headsticks, this band are proving themselves to be an irresistible addition to any line up.

With an ever growing fanbase at their side, Headsticks are reaching new heights with their self proclaimed 'Revolutionary Punk Roots Rock'n'Roll' which has cross genre appeal seeing the band gaining endless plaudits from pillars of the Folk/Roots, Post Punk, Punk, and even the rock and blues fraternities.

Since late 2012 the band have relentlessly gigged and recorded and their hard work is now well and truly coming to fruition with their new album, 'C.O.W.', their first since signing to the iconic Chapter 22 label, and also their live performances, receiving rave reviews from all corners of the musical spectrum as anthemic choruses, barbed lyrics, irresistible riffs, and uplifting beats are combined with a wry sense of humour, to deliver social commentary to encapsulate the spirit of this unique band.

2019 saw Headsticks on the road with New Model Army, with tour dates that saw them reach new audiences whilst at the same time cementing their place within the hearts of those that have already joined the band on their voyage to 'say it like it is'.

Their ability to appeal to a wider audience has seen them play regular supports to the likes of post punk icons Spear of Destiny, and folk punk upstarts Ferocious Dog, as well as sharing the stage with such legendary names as Buzzcocks, Big Country, and Lindisfarne amongst endless others.

The band are embarking on a fourteen date Autumn '21 Tour in support of their highly acclaimed new recording with several dates already proudly displaying the 'sold out' banner, and are already scheduled for numerous festival appearances for Spring/Summer '22, as well as finishing touches being made to a Spring Tour, and a recently announced ten date Autumn '22 European Tour with CRASS legend Steve Ignorant and his band taking in Germany, Netherlands, Belgium, France, and The Czech Republic.

Whether it's the full throttle, heart pounding stompers, the anthemic singalongs, or the haunting acoustic ballads, Headsticks deliver an experience like no other band, built on honesty, integrity, bloody hard work, and a passion for what they believe.

'A sparkling collision of punk and folk'
-The Morning Star

'An album of traditional music for the 21st century'
-folking.com

'They have hit upon a distinctive sound - folk-derived melodies harnessed to a powerful rock machine - which I like a lot. Forget the categorisations, though. It's bloody great music and the songwriting is excellent'
-Attila The Stockbroker

'One of the best bands around at the moment blending ye olde punk rock, with folk'n'roll and Americana to create an irresistible force'
-Eaten Alive Punkzine

'A breath of fresh air and sets it apart from the crowd within the underground scene. Influences from The Cramps, Jello Biafra and post punk'
-Vive Le Rock Magazine